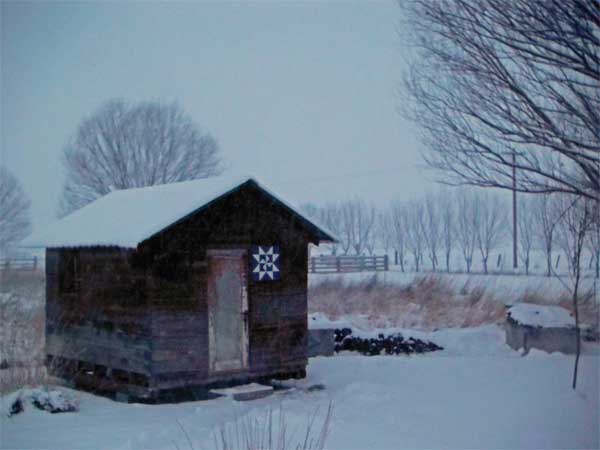 A dozen folk journey this Tuesday to gather at water’s edge.  Each have their own “why” to stand on the Missouri River bank at the border of the Standing Rock Reservation.  Their whys are as broad as their ages—teens to seventies—walking an expanse of personal to spiritual.  As vast as those reasons are, the bedding of most are in Creational relationship.

When it comes to engaging the tussle of blankets under which Creation playfully crafts relationship and imagination, it is apparent we Church folk have failed to aspire high enough.  Rather than birthing wonder, we people of this era have segmented creation.  In that segmentation, we have separated ourselves from creational wonder in as real a way that the 1896 Supreme Court decision of Plessy v. Ferguson segregated people.  Unlike our (great) grandfolk at the turn of the century who knew a deer track, the turn of soil, the back of a horse, walking a mile to visit a neighbor, or the location of the countryside’s water holes, our children seldom know the taste of dirt, and afternoon of catching pollywogs, or spending a night under the stars with only a sleeping bag.  When one losses the taste of dirt or the feel of a tadpole squiggling in hand, so do they lose the imagination and the revelation that one is not alone.

To lose the earths saltiness is to know loneliness and loss of community, which only leaves the air of individualism.  Mindsets settle into believing “I am the only one who can…” and the absolute need of neighbor is relegated off to some bygone era.

Life is much easier when putting the idea of rugged individualism off to the colonial settler rather than this era.  However the rugged individual was of books and folk lore, which served the power structure of government, business, and Church well.  But seldom true.  Rather than fools of individualism, settlers were families of communities.  However, their lives might have served the wealthy and powerful, they were not wholly unlike their ancestors or the people on whose land they were occupying—these folk were far from individualistic in nature.

They were folk who knew how to cooperate with land, weather, animals, and when their mindsets were left alone by governing structure—again, government, business, and Church, the people of the lands ancient heritage.  Regardless of one’s culture—Native or colonial settler farmer/rancher—these were landed people of community.  They depended on neighbor: the midwife for birthing, the blacksmith for shodding, the hunter who provided meat to elders, and the deer who gave itself for the elder.  Such a cooperative meant life and it still does.

The sacredness of Creation’s cooperative arises when one takes time to dip a hand into flowing water and raise it to mouth.  For the flavor of dirt upon which the water flows sings on tongue.  In that instant dirt and water and human become one.  And the richness of being human becomes delightful.

To journey to the place of another is to become acquainted to the soul of a countryside.  To take the intellectual, emotional, spiritual chance of listening closely to a landscape that is not one’s own is to desire the fullness of spirit.  Success is not in the knowledge of either, but in the exaltation of Creation.  A dozen folk are to journey, ask questions, and wonder why.  If they journey well they may imagine and maybe even aspire to learn the Creational relationship found in the tussle of winter blankets.